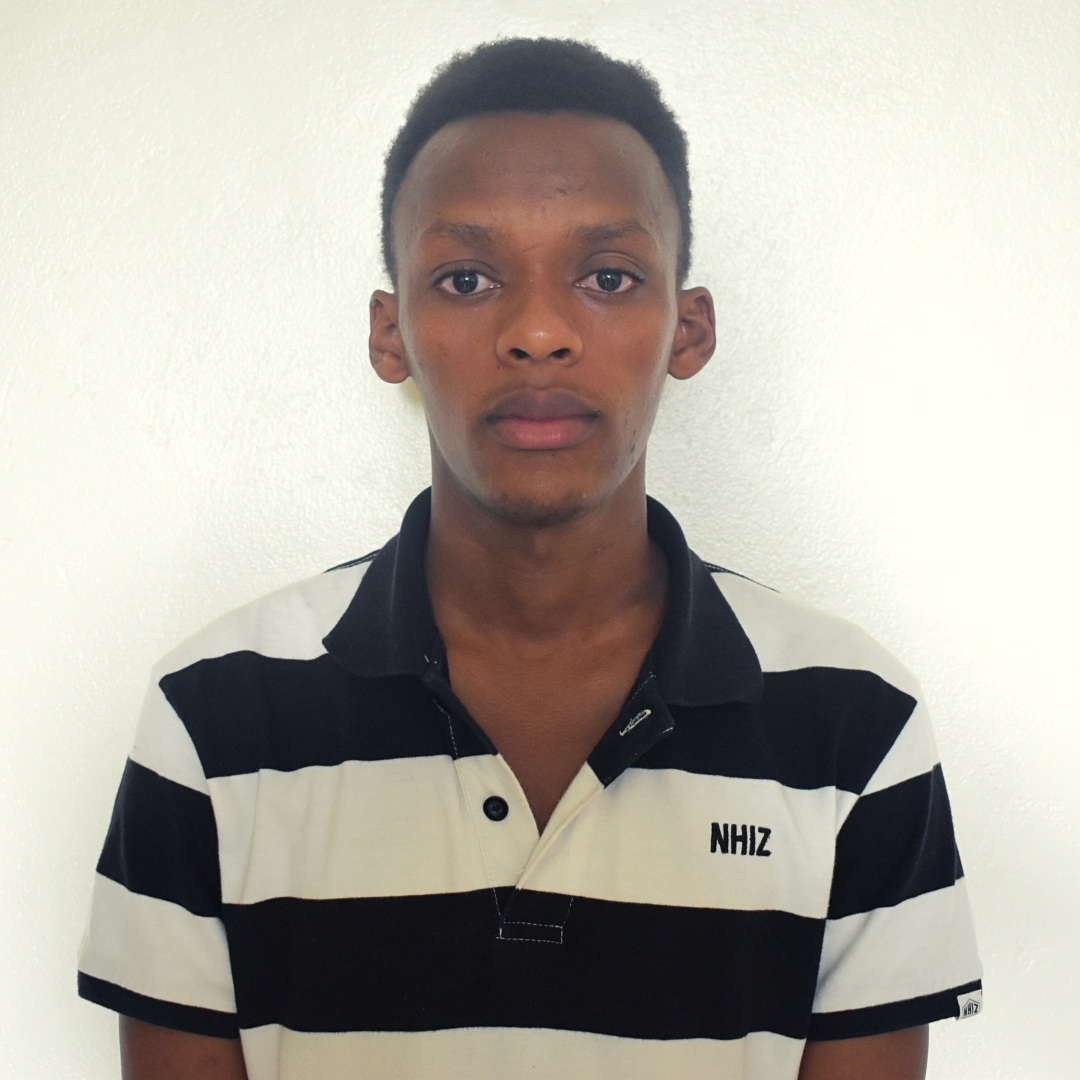 Fred was born in Tanzania and was raised by his mother. Then in 2010 his dad came to take him to Rwanda so Fred could have a better chance of getting a good education. Fred grew up speaking only Swahili and when he came to Rwanda everything was in English, which made him drop back three years in school so that he could start fresh learning in English. He felt this was a major setback but also an opportunity to aim higher and dream big. Fred worked hard and won a scholarship that helped him finish his highschool studies in one of the best schools in Rwanda.

Because he managed to reach this far, Fred believes that nothing is impossible as long as he puts his mind and will into it, and that’s why he wants to become a software engineer. Fred aims to own his own tech company in Rwanda, which will help to provide a platform for other young people to be able to explore the technological world.

Outside of his studies, Fred enjoys drawing as an artistic side of himself. And he loves playing basketball.