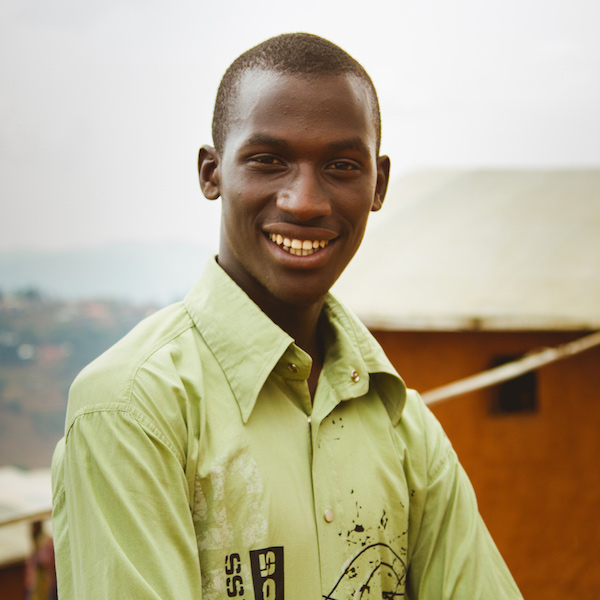 Faustin was born in DRC but grew up in Gihembe Refugee Camp in Rwanda due to conflicts in their country. As one of seven children, Faustin has been an example to his siblings to chose the path of education, instead of becoming hopeless, like he has seen happen to so many of the people of Gihembe.   Hearing statistics about the great number of people who give up on their dreams due to poor health, lack of vision and hope for the future.  Faustin decided to commit his life to becoming a doctor in the midst of all those challenges and with the grace of God, he has made it since his primary level where he went on excelling up to when he made it in high school which enabled him to be enrolled in medical school.   His faith in God has been of a great contributor to his success. Faustin’s goal is to be part of the solution to the poor standard of living in refugee camps, and bring hope to the hopeless.