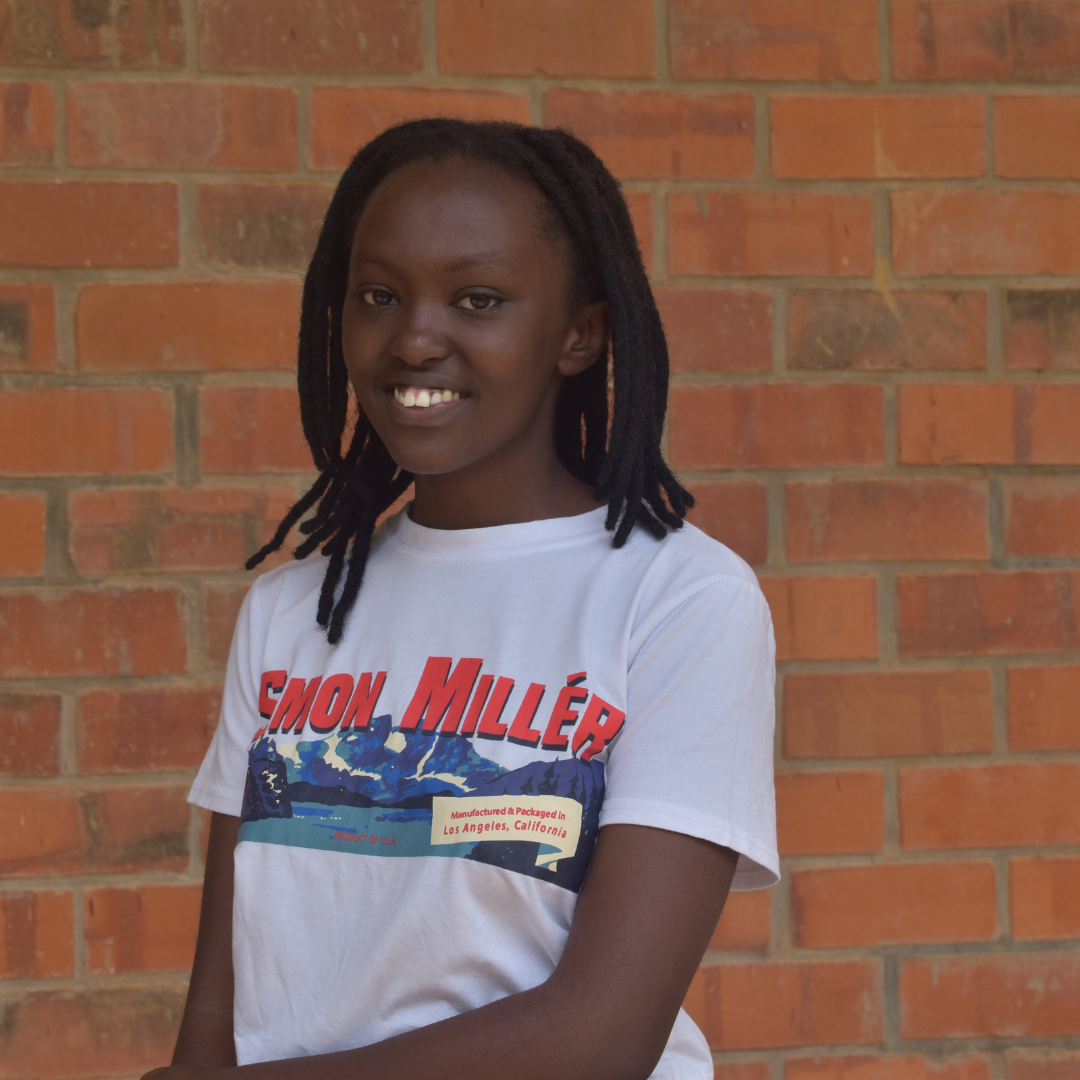 Doreen is the third child in a family of nine kids. Due to the1994 Genocide Against the Tutsi, and as the oldest daughter, she took on caring for her younger siblings as other family members were no longer around. Doreen carried many extra responsibilities as a kid because she was left in charge of the family. For Doreen, African cultural expectations meant that, even with two older brothers, she should be in charge of the household. Doreen didn’t see this as a problem as it helped her develop a sense of responsibility and maturity. While Doreen developed good traits from this experience, she also became reserved and anti-social. At school Doreen was shy, but it made her work harder because she didn’t want to disappoint her family. She tried to be brave and independent.

Doreen excelled and she tried hard to balance school and home responsibilities. She earned good marks and was able to continue her studies. Now, Doreen is studying Information Technology at the University of Rwanda. Doreen wants to fight Genocide ideology as she watched her parents experience a lot of pain related to the Genocide and doesn’t want the next generation to grow up with incomplete families. Doreen wants to be an influencer and politician.

Doreen’s hobbies are walking, exploring new places, and helping others.