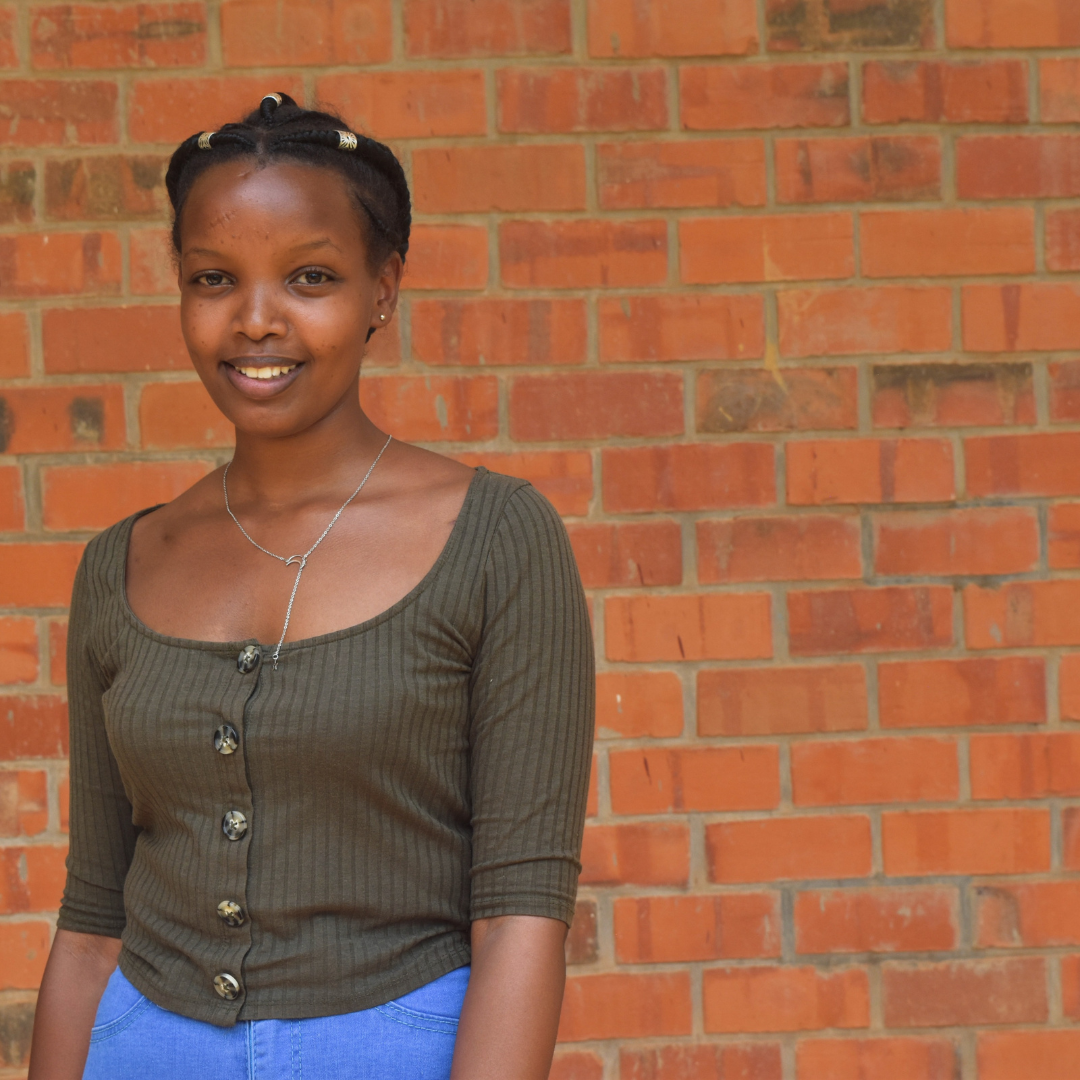 Diana was born in Kigali and comes from a family of five, including her father, mother, brother, and sister. Diana is the oldest of her siblings. Growing up, Diana attended school, but her parents struggled to pay the school fees for her and her two siblings. In secondary school, she studied Physics, Chemistry, and Biology. Her parents continued to struggle to pay for school fees and eventually Diana was sponsored by an organization called Partners in Health.

Diana’s hobbies include participating in debate, listening to music, and reading.