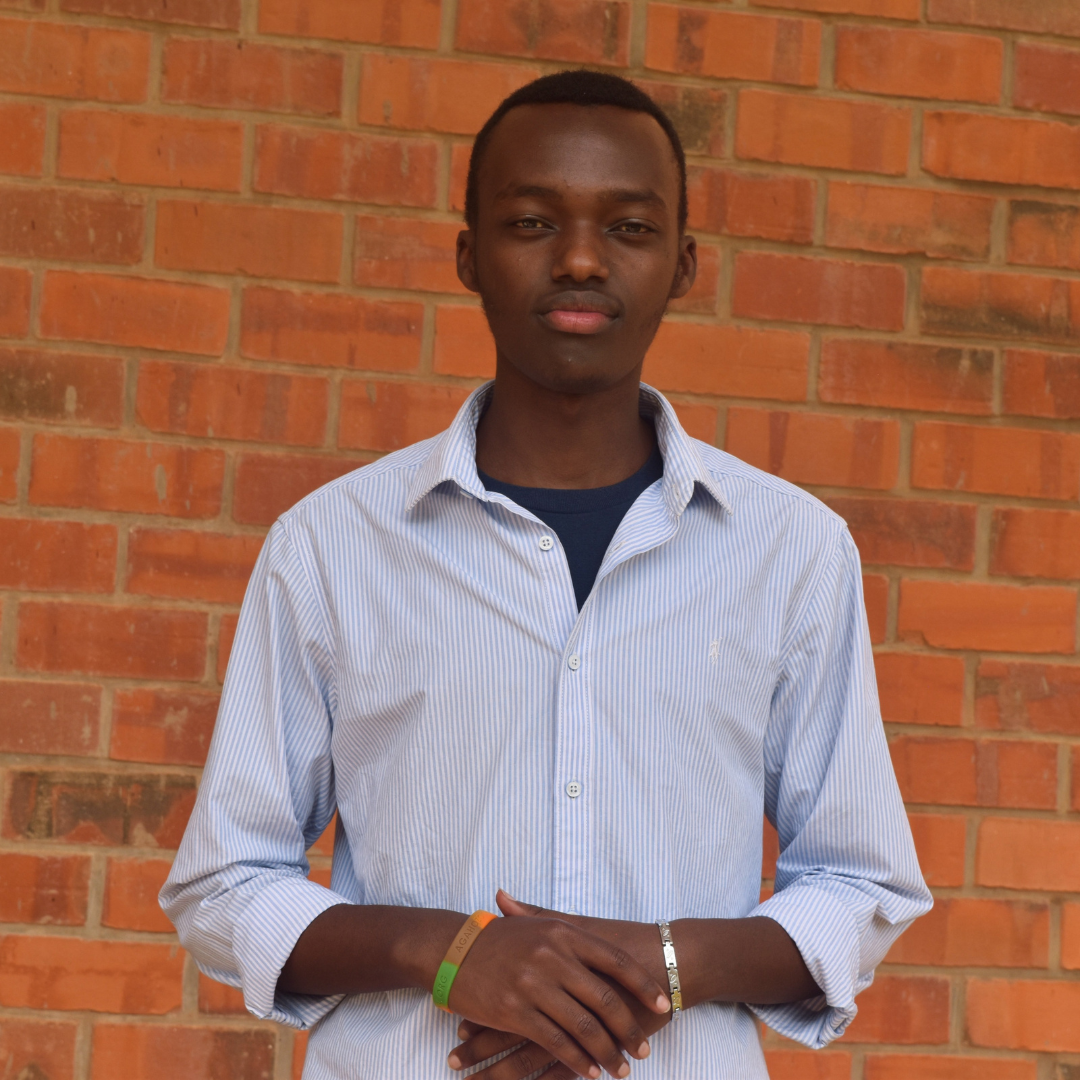 Bonheur was born and raised in Rwanda, in the western province of Rubavu district. He is the youngest in a family of four children. In his younger days, he always wanted to lead his fellows and colleagues during children’s games. He didn’t realize this was the attitude of leadership, but as he grew older, he realized that being a leader is his passion. Bonheur believes being a leader is not about having a big position, but simply taking responsibility and solving conflicts, ultimately creating an environment of inclusion.

Growing up, Bonheur humbly pursued his primary and passed with good grades which granted him the opportunity to continue to Ordinary level. After completing his senior three, he got another opportunity to go to a school that helps orphans in Rwanda called the Agahozo Shalom youth village. He considers this to be not only a school but rather a transitional place. He started his journey of shaping and paving the way to a brighter future. This was a place full of opportunities and he did not take this for granted. He made sure he accomplished all the academic tasks. Bonheur also joined different extracurricular programs, including debate and the critical thinking for peace club so as to boost his public speaking, critical thinking, and his English skills. He completed secondary school and he is now pursuing his Bachelor’s in Communications with a concentration in business at Kepler University.

Bonheur believes that having the skills, knowledge, experience, and attitude of leadership is not enough, but rather reflecting on and giving back to the community is the most important thing. After completing high school he helped a group of seven students prepare for the national examination, reviewing with them courses like economics, entrepreneurship, and computer science. Bonheur dreams that his greatest achievement will be making an impact through giving back to his society.