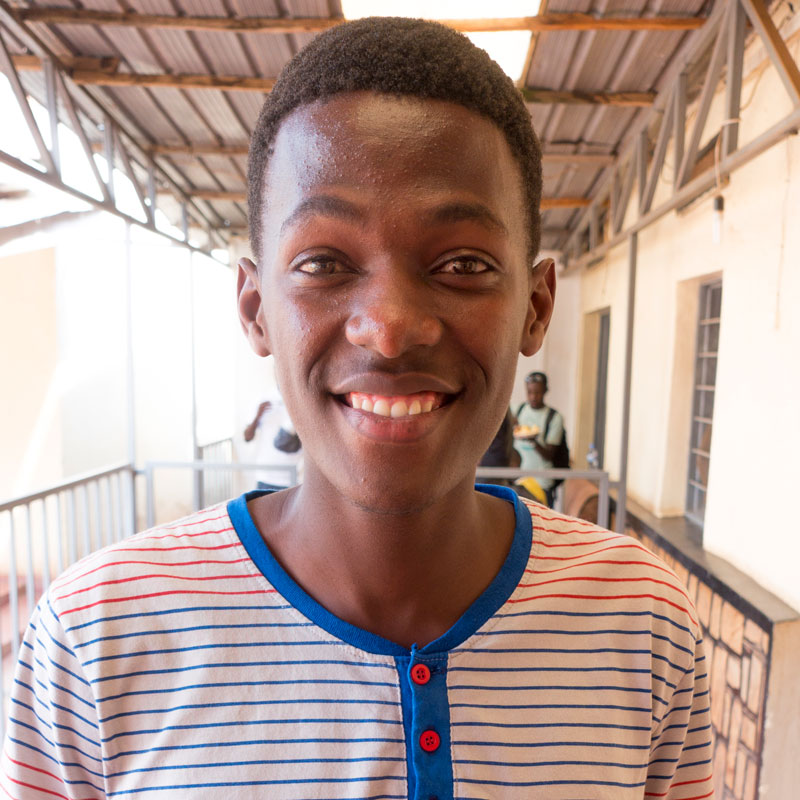 Arsene was raised in his grandparents’ home after the death of his mother many years ago. His childhood was challenging, without access to electricity or clean water nearby, but his community was characterized by happiness and hope.

Arsene is pursuing a degree in Information Technology with the hope of building his own business. Arsene dreams of being an inspiration to other young people, supporting himself and his family, and employing others.

Arsene spends a lot of his free time at church, where he plays piano for the choir. He also participates in a group called Hearts of Charity where they provide food and clothing to those in need!

Arsene’s character and emotional behavior have been changed since he joined These Numbers Have Faces. He now feels the ability to influence others using the knowledge and confidence he has gained from his Community Impact Projects. He is now pursuing to build his own system that will help him to impact people through his gift of evangelism.