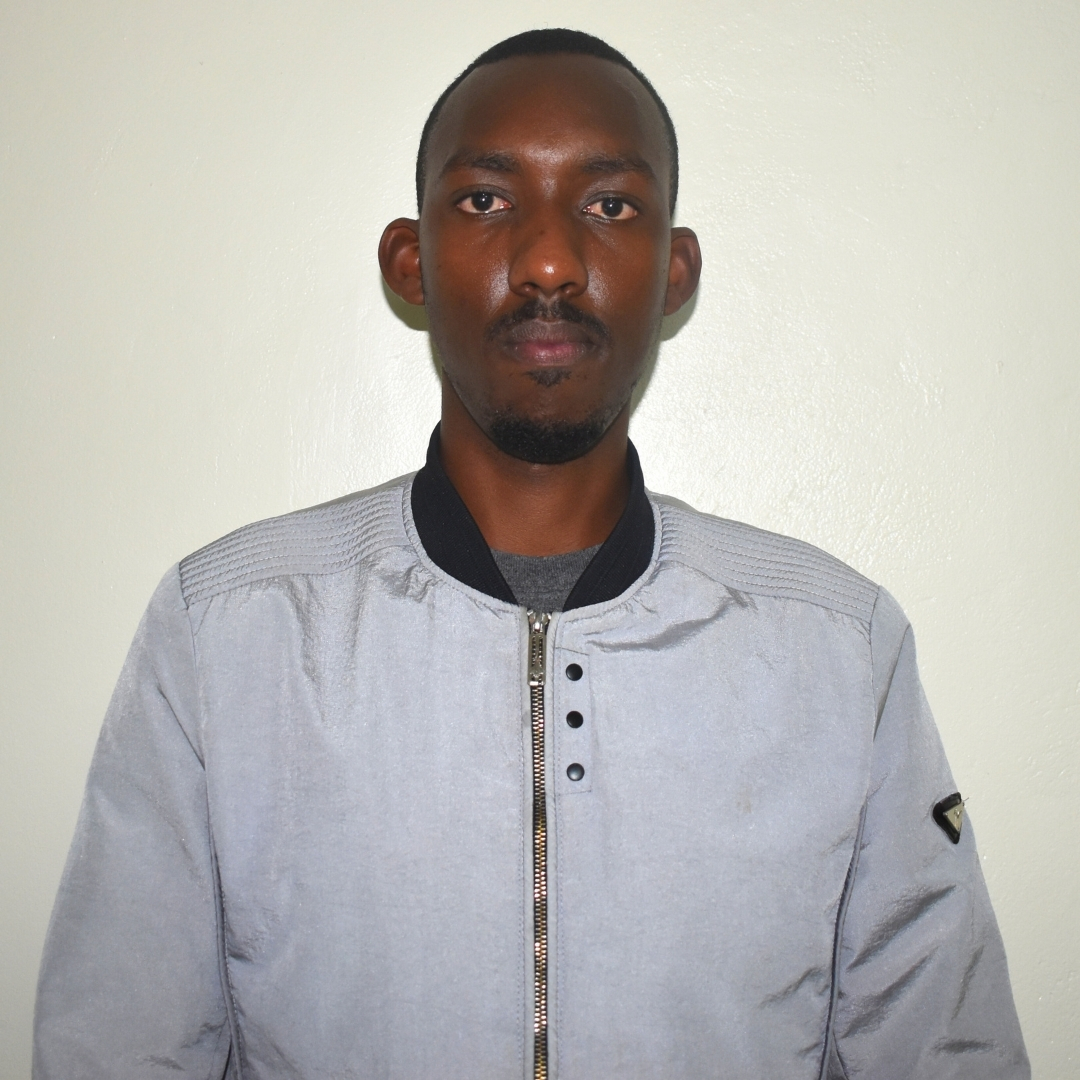 Amos is the last born of 3 children, his older siblings are twins. He was born and raised in Eastern Rwanda in Nyagatare district. During his childhood, Amos enjoyed playing soccer. They would spend almost five hours playing football, because their parents were cattle keepers. When he was five years old, his dad passed away suddenly. At that young age, he couldn’t understand what was going on until the day they buried his father. Amos’s mother fought hard to keep the family strong after his father’s death. Like any other child who lost a father, Amos missed that full parentage but his mother did all she could to overcome the gap. They had that strong, sensational woman behind them every step of the way. Their mother also suffered from diabetes, and had to be hospitalized at times.

Amos came to Kigali for secondary school. He lived with his uncle’s family who lived near the school until they moved to Uganda. He was a very disciplined and brilliant student. He has loved computers since he was young. He finished high school with good grades, but he didn’t receive a government loan to attend the university. He went back to stay with his mother who kept suffering from diabetes but also kept motivating them through her prayers and belief in God. During that time, he kept attending seminars, debates and other conferences in order to keep his mind sharp. Not attending university didn’t hamper him from having a positive and creative mind. Their beloved mother passed away in March 2020, and it was a hard time for Amos and his siblings. And he was losing hope of attending university, but he didn’t know that God was sending These Numbers Have Faces.

Amos is studying Business and Information Communication Technology (BICT) at Mount Kenya University, of course IT was his first priority and then he thought of combining it with Business so that during and after university he will apply his IT skills in business. Amos is passionate about IT and combining that with business will help him achieve his dream of having a business that uses modern technology.

Amos really loves every second he spends in a prayer and helping those in need. He treasures all the moments he spends with friends and family. But playing and watching both basketball and soccer hits the right angles in his life.