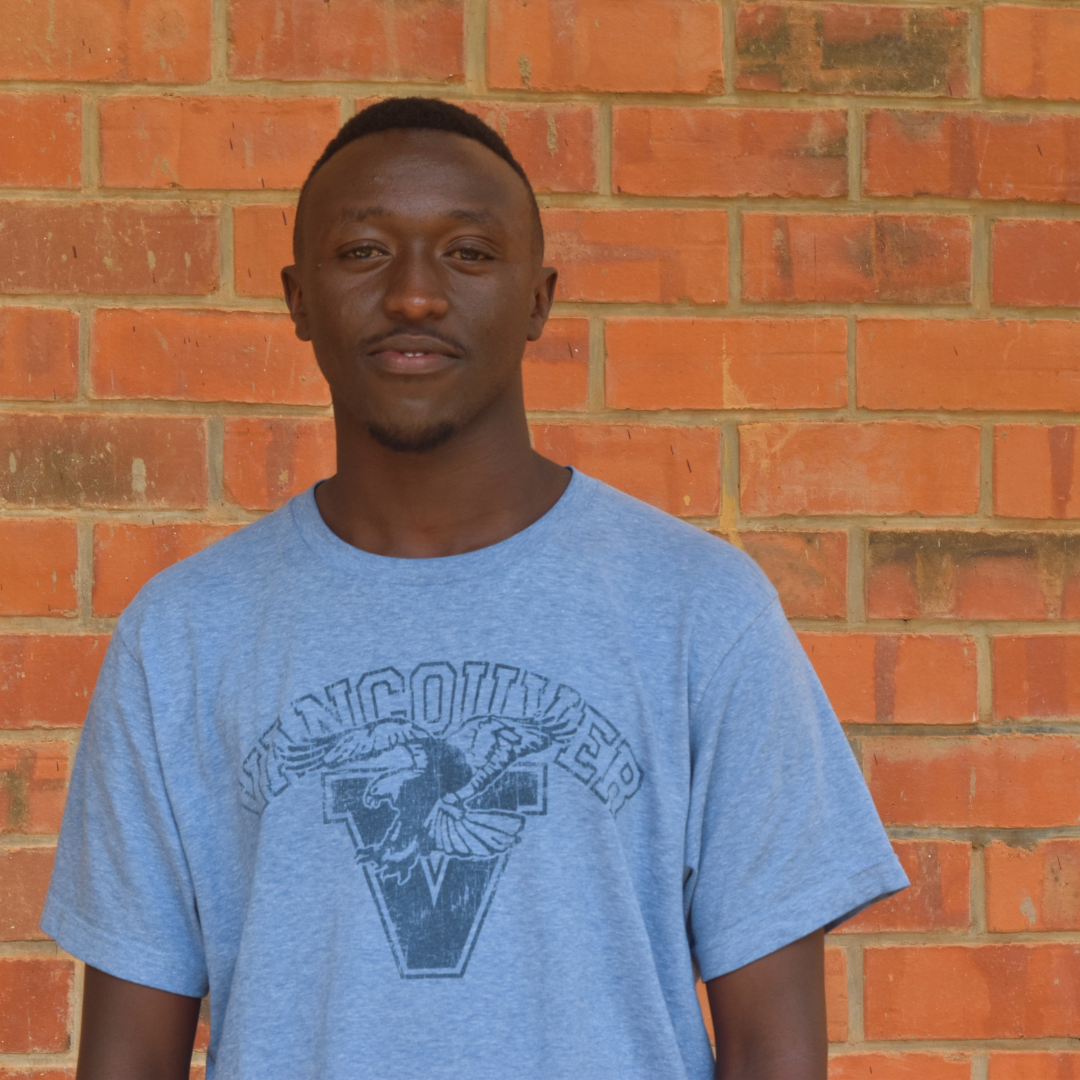 Aime was born in an Eastern province in Rwanda and is the youngest in a family of nine kids. Aime’s father died many years ago and his mother took an initiative to raise all the kids even though it was hard for her. This impacted Aime’s studies as it was difficult to pay for school fees. Aime grew up in a community where most people supported themselves through livestock farming or agriculture. When Aime would visit the old ones (grand pa’s and grand ma’s) he took the time to discuss with them about his country’s history and culture. This guided him in his life and made him helpful to his generation, teaching them Rwanda’s history and culture.

Now, Aime is studying Civil Engineering at the University of Rwanda. Since he grew up in a rural community, this led him to dream of becoming someone who builds good houses (an Engineer) and gives jobs to his community members, in hopes of developing his rural community. Aime still has those dreams and wants to eventually train those who weren’t able to study so that they can still gain skills that will help them find a job.

In his leisure time, Aime likes to watch and play basketball, pray, and listen to gospel music. His favorite drink is milk and he likes eating meat.