A FUTURE BEYOND THE FIELDS: ASPEN HEIGHTS INTERNS ANNOUNCED!

They were born into trying times.

Jackie was barely 3 years old when her family made the journey back home, returning from Uganda where they were refugees during the 1994 Rwandan Genocide. They settled in a village in eastern Rwanda. From a small piece of land, Jackie’s parents farmed what they could to provide food for their six children, but little else. 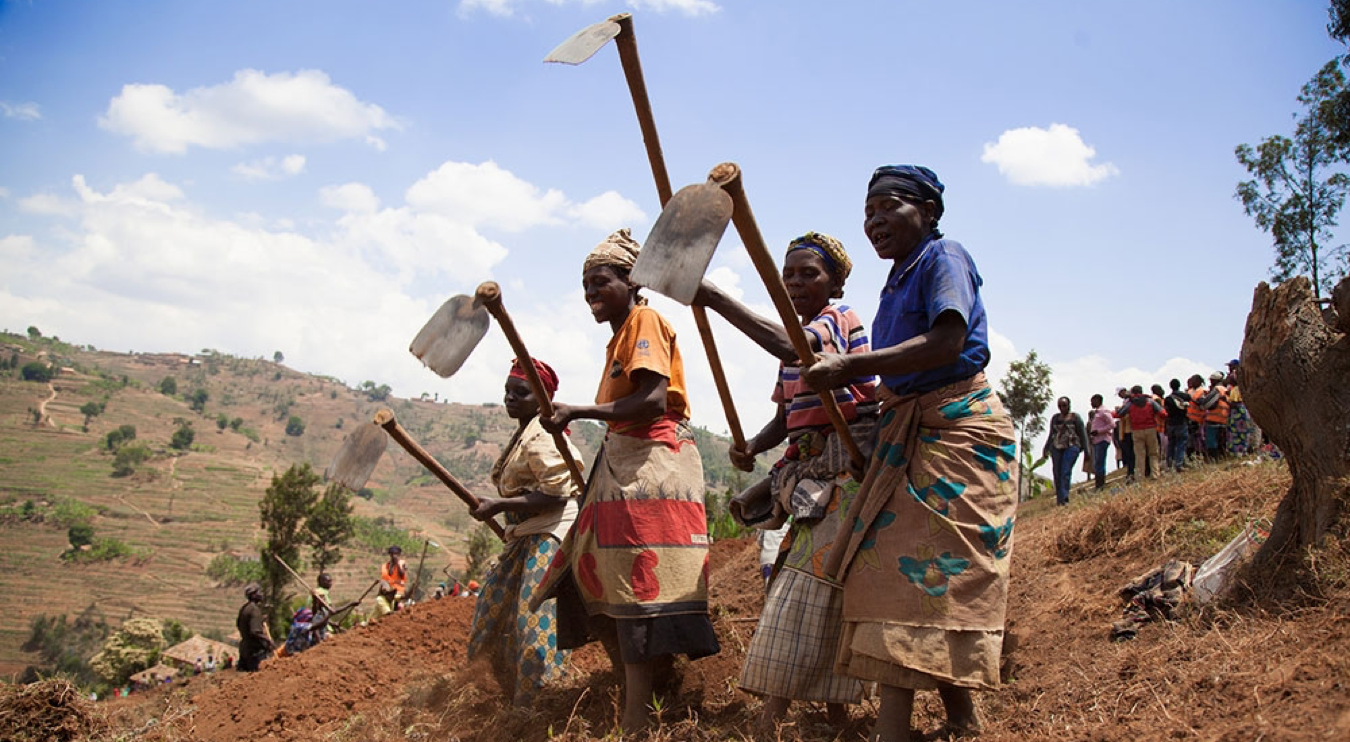 Alphonse was living in a similar community, 100 miles to the south. Growing up he watched young men and women struggle to make it to high school. Pursuing their education beyond that was almost out of the question; they were to go back home, help their parents work the land, and put food on the table.

Despite the future they saw spelled out before them, Jackie and Alphonse couldn’t help but wonder if there was something else for them beyond the fields.

While in high school, Alphonse’s math teacher shared with him about the future of science, and the impact he could have on his country as an engineer. ‘Like solving issues of water and sanitation?’ Alphonse thought of the issues his community faced. “If you work hard and think big,” his teacher said, “anything is possible.” 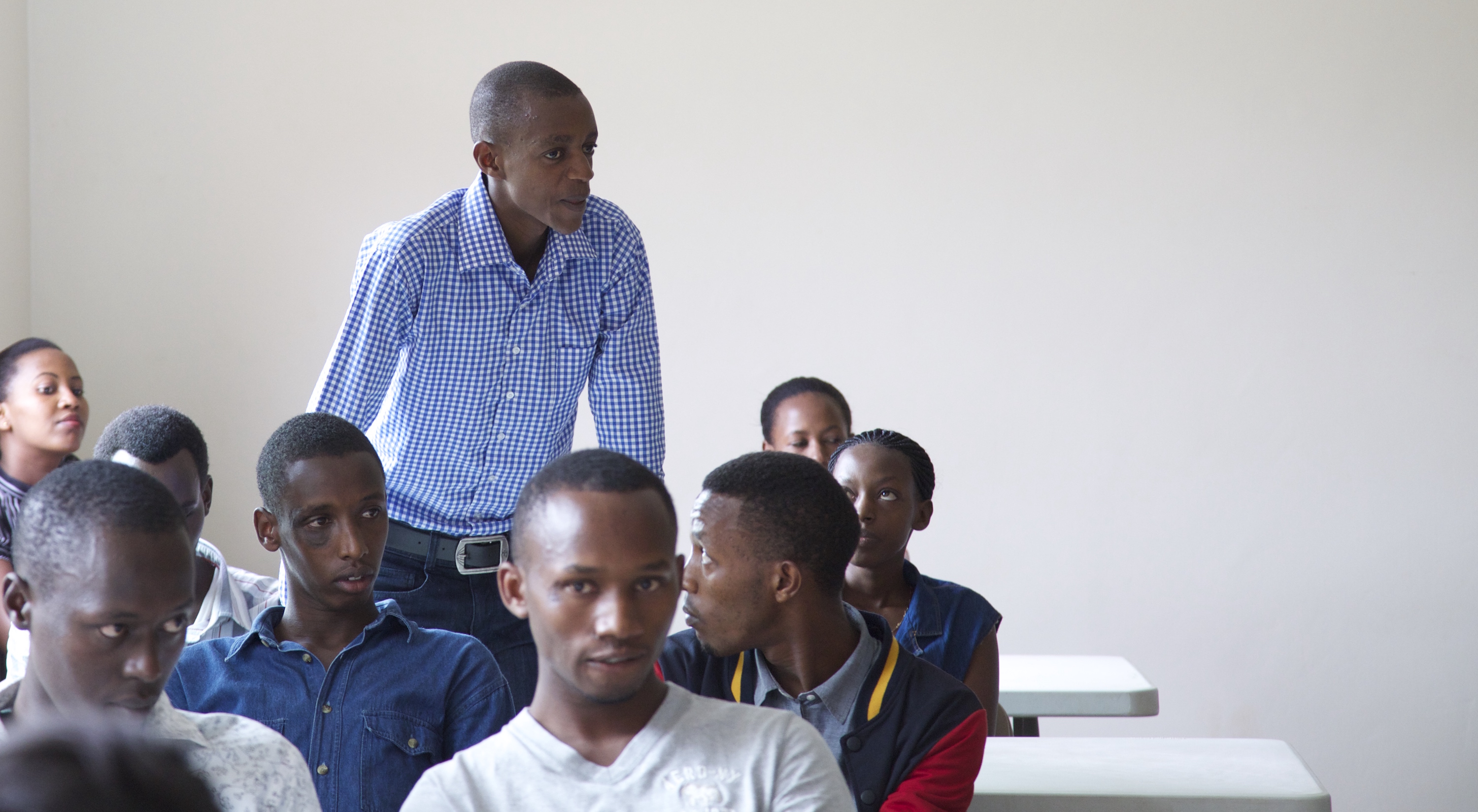 In Jackie’s home, a nearly identical conversation took place. Jackie’s mother, who hadn’t received an education herself, could sense her daughter’s thirst for knowledge. “You can make it,” she said. “You can go far, my girl. I want you to be someone important to your family, and to the world.” 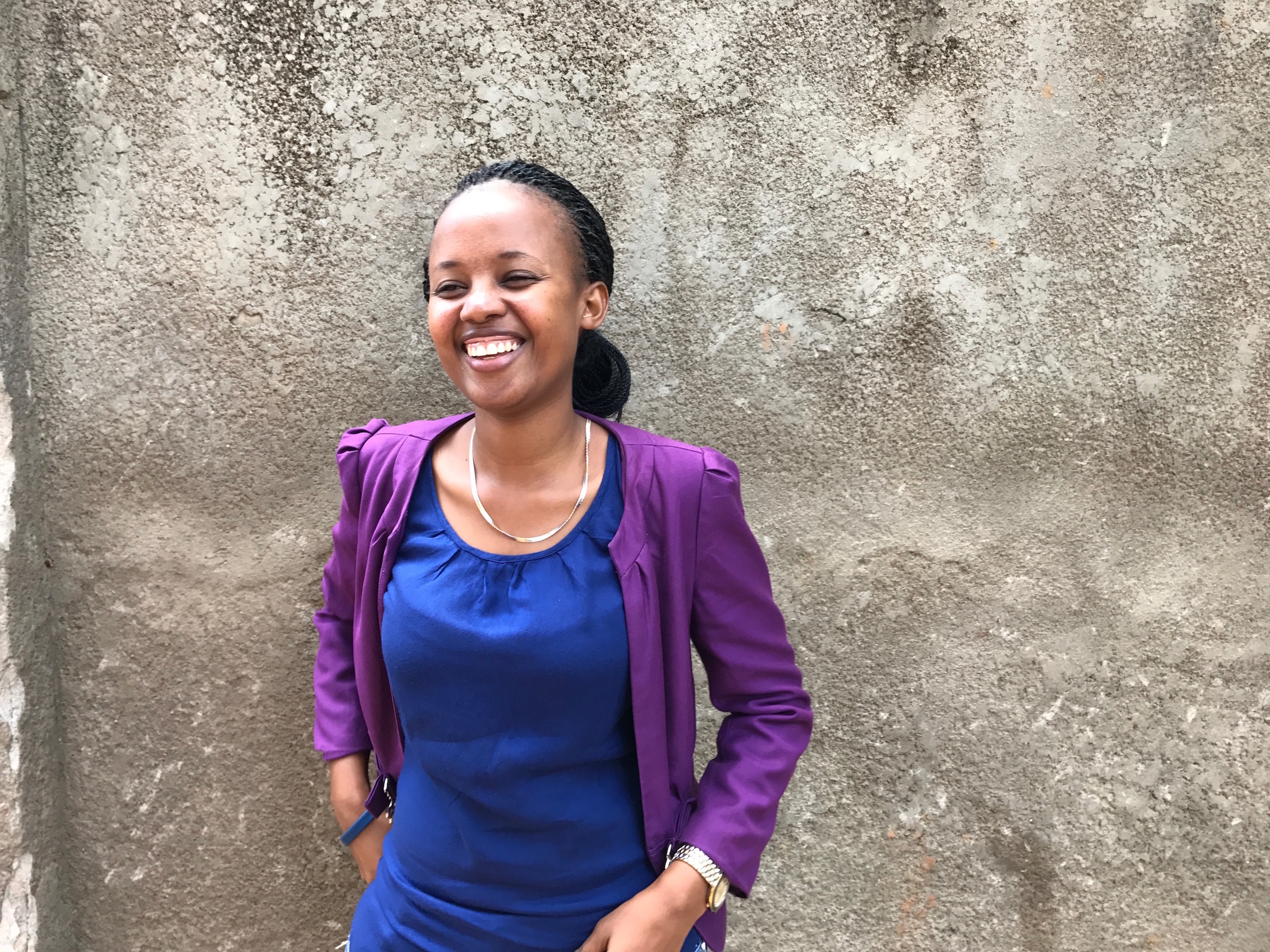 As Jackie looked to their neighbors, she saw her village as a snapshot of the country – the 80 percent of Rwandans who make a living as farmers. If she were to get her degree, perhaps she could develop and advance her community.

Motivated by visions to rise up their families and country, Jackie and Alphonse poured themselves into their studies, hoping to receive a University scholarship to provide tuition when their families could not. Their hard work opened a door when they were accepted into the These Numbers Have Faces University Leadership Program in 2013, Alphonse studying Engineering, and Jackie Agribusiness.

Four years later, after exams, projects and Leadership Trainings, graduation was the next big milestone their hearts were set on. Little did they know another opportunity was about to come.

Aspen Heights, an Austin-based real estate development company, and their non-profit, Aspen Heights Awake, first traveled to Rwanda to meet with These Numbers Have Faces scholars and fellows in February 2016.

Later that year, they welcomed two scholars, Samantha and Berthine, for summer engineering internships in Austin. After watching Samantha and Berthine grow in their confidence and abilities, and the impact they had on their company’s culture, Aspen Heights decided to continue their intern partnership by opening up two intern positions in 2017.

When a team from Aspen Heights arrived to Rwanda last month, Greg Henry, Aspen Heights CEO, and several of his colleagues interviewed potential intern candidates, including Alphonse and Jackie.

On one of the final days of the trip, Greg stood before the scholars and staff. He had a special announcement to make.

Jackie, Alphonse – we’d like to offer you internships at Aspen Heights this summer! 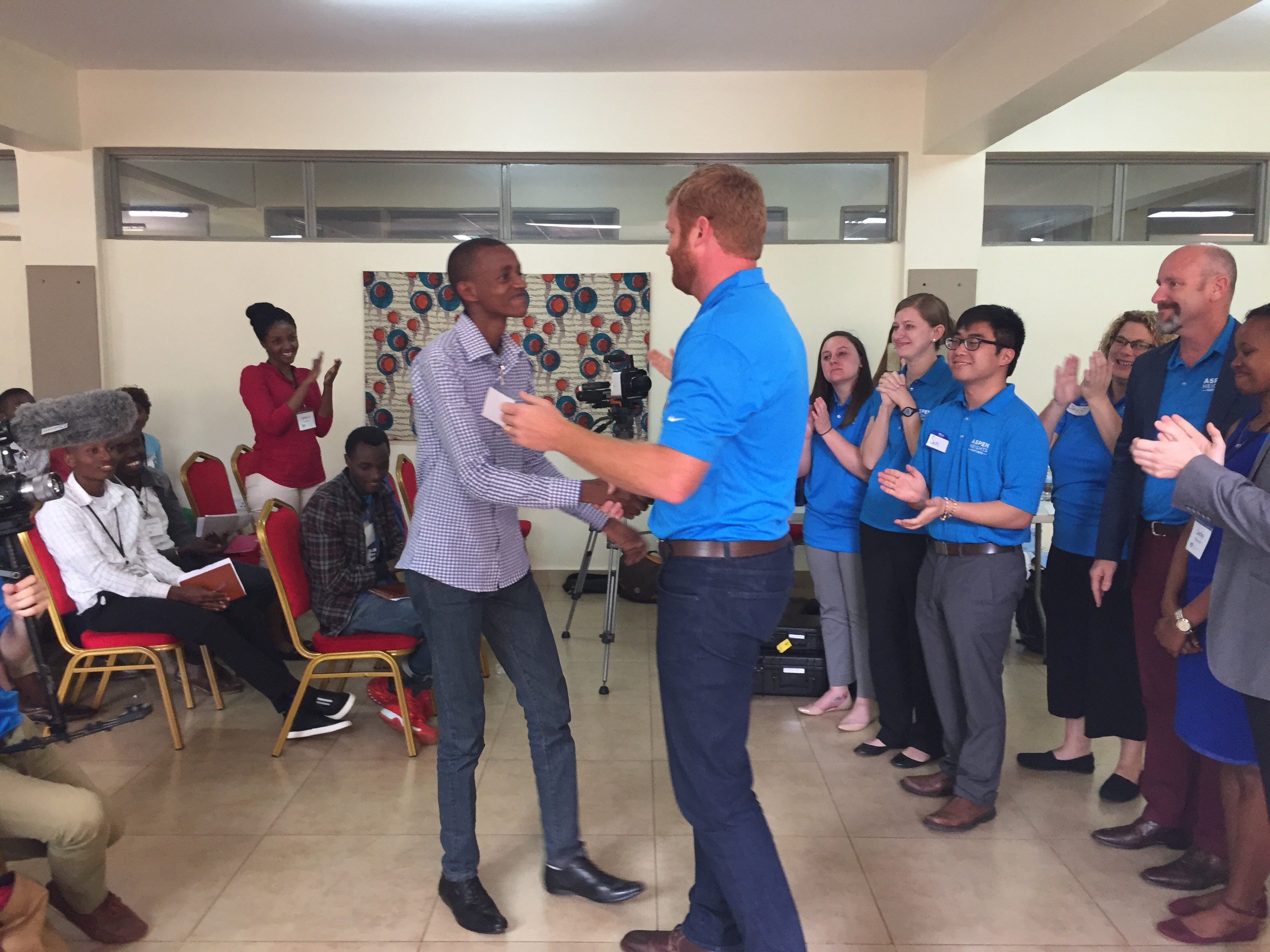 “I was so excited, I couldn’t believe it,” Alphonse said. “My fellow scholars and aunties were so happy for us.”

After their graduation ceremonies in August, Jackie and Alphonse will travel to the U.S. to begin a chapter of their journey that will surround them with knowledge, experience and support – things that will launch them into careers in Rwanda and help them live out their visions. 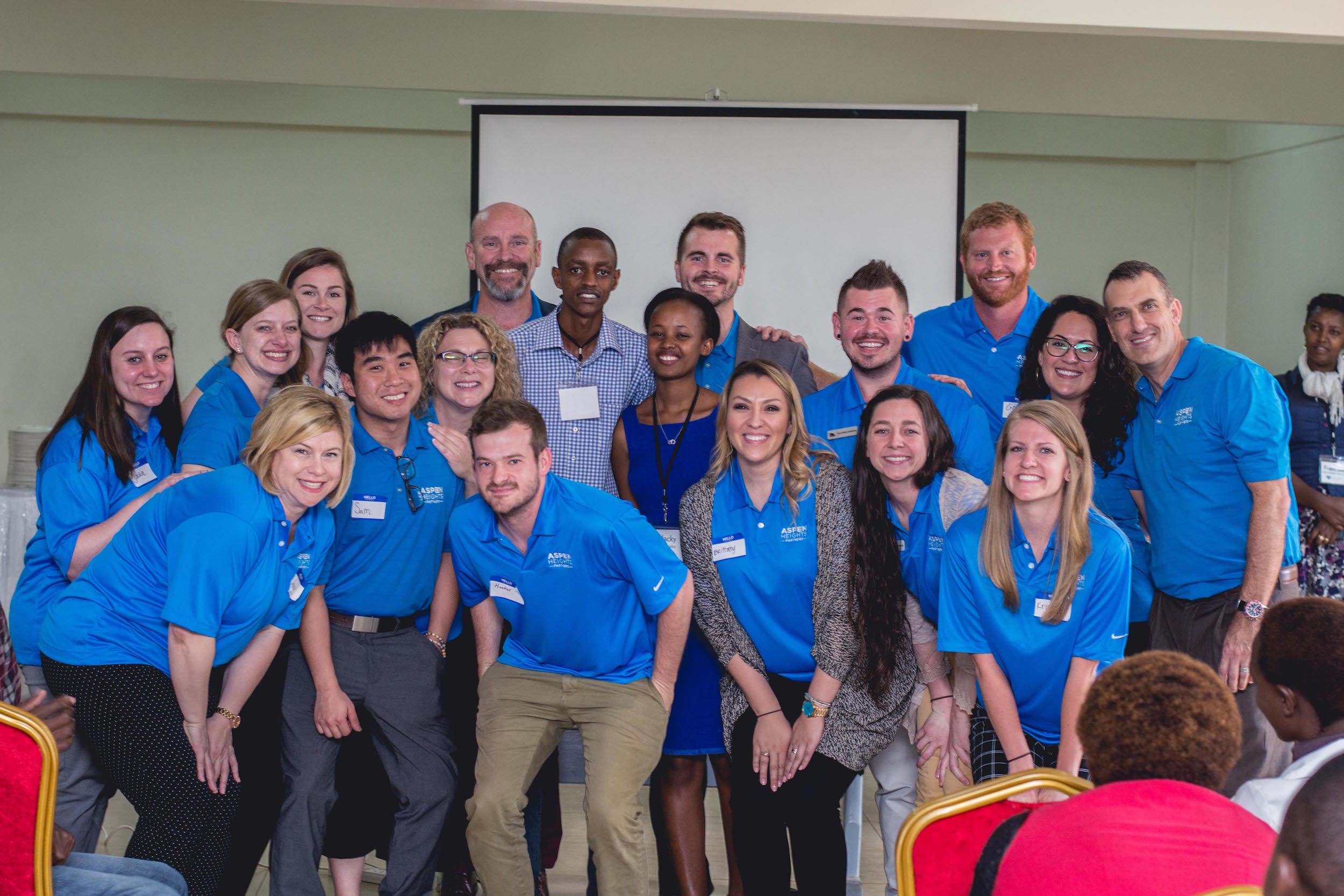 “I hope I will gain more confidence to stand up as a woman with a voice in her community,” Jackie said about her hopes for her internship at Aspen Heights. “I am looking forward to becoming the agent of change for others through the skills I will develop this summer.”