It was a long walk to school – down dirt roads, past bikers and cars, during rainstorms and under the hot sun.

For Berthine, the dozens of kilometers spent walking to school each week were worth it. She would have walked a dozen more each day, if she had to. 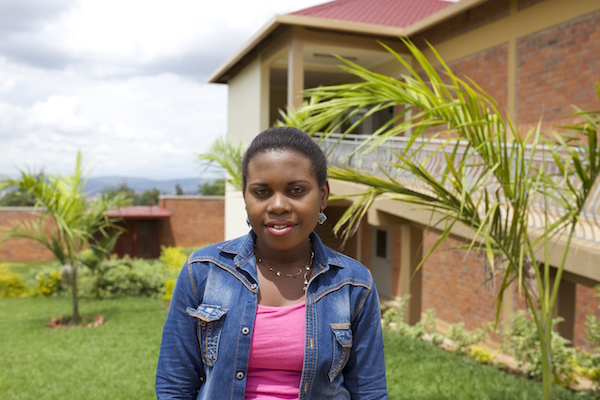 In fact, it was on these treks that she would daydream about building a school in her village. ‘What if children didn’t have to spend hours walking to and from school? I wonder if more children would attend school if it was right outside their door?’

If Berthine wanted to realize her dreams, she would have to pursue her education. To make real change, she would need to become an engineer.

Not far away from where Berthine grew up was a girl named Samantha. Like Berthine, Samantha also had a vision of becoming an engineer. 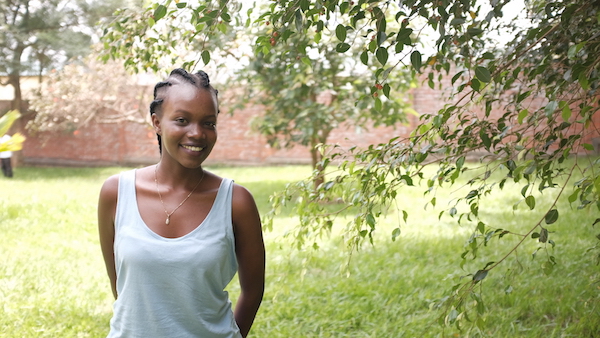 It was an uncommon goal for girls in their communities: to create effective infrastructure, and be part of Rwanda’s rising economy. But it was a desire they couldn’t let go of. Holding fast to their dreams was a risk worth taking.

In 2015, Berthine and Samantha became These Numbers Have Faces scholars, studying Civil Engineering at Kigali Institute of Science and Technology.

Samantha and Berthine have excelled in their courses, but they still lack female engineering role models.

As it would happen, a team of role models was coming to them. 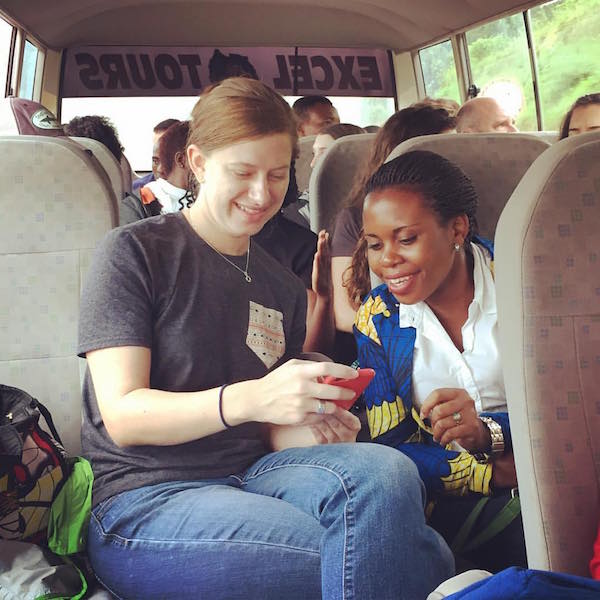 In February 2016, a group from Aspen Heights, an Austin-based real estate development company, and their non-profit, Aspen Heights Awake, traveled to Rwanda to meet with These Numbers Have Faces scholars and fellows.

Aspen Heights partnered with These Numbers Have Faces in 2015 to support the launch of The Accelerate Academy entrepreneurship program. Greg Vestri, Aspen Heights partner and executive advisor, had already envisioned a partnership in Rwanda years before.

As Greg describes it, Aspen Heights and Aspen Heights Awake are centered on human development in the U.S., and beyond. Seeing the drive and character of young Rwandans, Greg wondered if there might come a day when Rwandan students could travel to the U.S. to experience American culture and business, and for the Aspen Heights team to experience Rwandan culture through the students.

On the final day of Aspen Heights’ week in Rwanda, Greg and team made a special announcement: summer internships for two These Numbers Have Faces scholars, Samantha and Berthine. 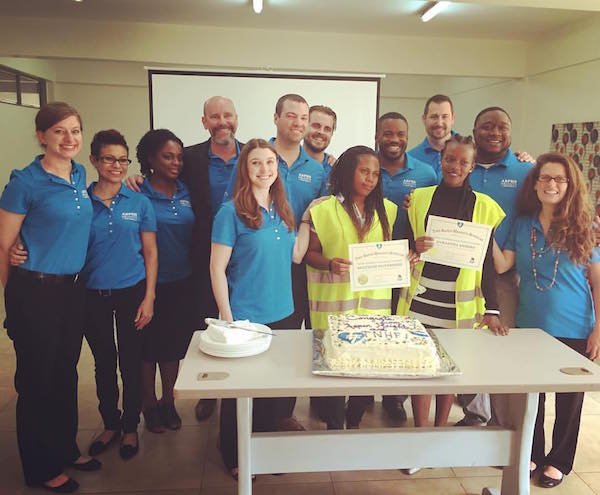 “I was so emotional, with tears in my eyes, because I was surprised to hear that I would be an intern at Aspen Heights,” Berthine said. “My fellows were also surprised, and they reacted by clapping and giving me many hugs. My family congratulated me. They are all so proud.”

In June, Samantha and Berthine will travel to the U.S. -their first time on an airplane- to begin a chapter of their journey they didn’t know was possible. Throughout the summer, they will be part of team of engineers who will teach them skills and business practices that will make them highly competitive and competent engineers in Rwanda.

In the years to come, when the next generation of girls are looking for role models in the engineering world, they will be able to look to Samantha and Berthine.

“From this internship I hope to discover more about engineering from a country that’s so developed,” Samantha said. “I’m looking forward to learning about improvements I can bring back to my country and contribute to its development. I believe I will discover many things about myself from living so many miles away from home.”